If you Google Astro Cycles, one of the first asked questions is: What planet is responsible for the stock market ? This is the wrong question to ask as it infers that one, and only one, planet affects the stock market. The reality is that numerus planets have different effects on different markets.

Each market has its own personality. Through study of market history, one can determine when highs and lows are likely to be made in each market. One can also determine what bull and bear markets are expected to look like. The key is in knowing which planets have the most influence on each market and when. W.D. Gann, the most successful trader of all time, said in the 1940s that man was not yet ready to understand the real cause of market movements. Perhaps man is becoming more open to an understanding.

Jupiter is the money planet. It might make sense that the stock market might be influenced by Jupiter’s movements. Larry Pesevento has a number of good books outlining this phenomenon. I recommend any and all of them. Greg Meadors in his course demonstrates that there are times when Jupiter’s behaviour correlates with stock market declines 80% of the time.

Pluto is known as the debt planet, and Venus is astrologically associated with prosperity. It should come as no surprise that the interactions of Jupiter, Venus and Pluto would have an influence on the behavior of markets associated with debts and prosperity.

The outer planets of Saturn, Uranus, Neptune, and Pluto have been shown in other studies to provide accurate support and resistance levels for several different markets. They have also been shown to provide time frames between significant stock market peaks and valleys. The interaction between Saturn and Neptune has been shown to play a part in the interest rate markets.

Another study developed in the 1940s takes a weighted average of aspects between all of the planets. The combination has a remarkable correlation to the

authored by Ray Merriman provide strong statistical evidence on what markets tend to do depending on the various aspects between each pair of planets.

Finally, there is another study worth mentioning which has clearly shown personality differences between different markets using the relationships between the Sun, Earth and Moon. This method provides expected swing highs and lows on both a daily any longer term basis.

So in conclusion, when one asks which planet affects the stock market, the correct answer is that they ALL do in differing ways. The key to success is knowing how they affect each market, and at what specific times to look for the changes to occur. To gain this type of knowledge I invite you to visit my educational website at: https://investment-teachings.com and let us teach you more.

This site uses User Verification plugin to reduce spam. See how your comment data is processed. 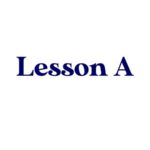 Lesson A – The Game, Technical Vs Fundamental Analysis 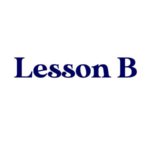 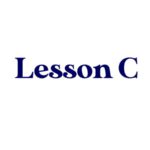